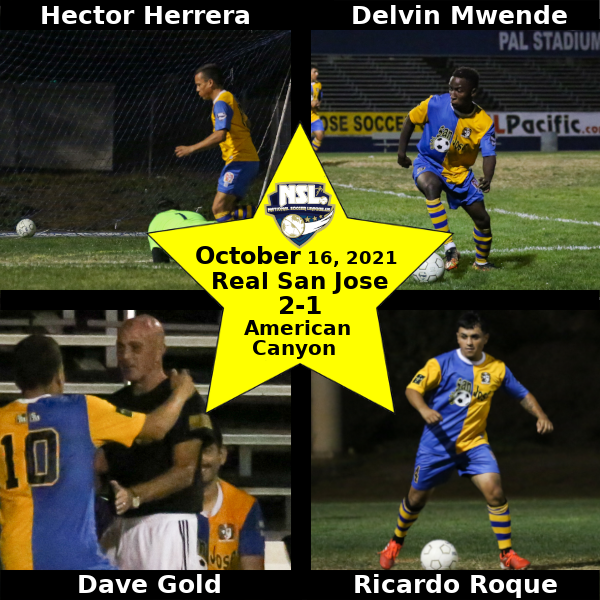 Real San Jose advanced to the quarter-finals of the NSL Pacific Cup by defeating American Canyon Rising by the score of 2-1 on October 16, 2021 at PAL Stadium in San Jose. Hector Herrera scored twice in the first half and RSJ never looked like giving up the lead despite conceding a late goal.